INTUITION CURED RACISM IN MY FAMILY

As a small child I idealized my father, and then I learned he was a racist. No matter a person’s color (black, brown, yellow, red, green or purple), my dad never had two good words to utter about them… and quite honestly, even at an early age, something deep inside me, my core senses, told me he my father was wrong. However, things escalated between his beliefs and my own when he tried to indoctrinate my son into his ways of being. It was then I knew I had to brake the chain of racism in my family or none of us would evolve.

Long story short, I’ve always been different than my family. My clan is exceptionally small minded. My mother believed children should be seen, not heard and were only good for day labor. If we didn’t comply with her demands, there was always the belt to make us do as we were instructed. My father, on the other hand, was an over the road truck drive, never home to buffer my mother’s heavy-handedness. And when he was around, his only concerns were playing his guitar and wishing he was somewhere else. So, parental leadership wasn’t my experience… thankfully!

Racism is learned at home. Children on their own, never judge color difference. It’s only when they are told white is right and anything else is wrong that they start to believe those ideals, perpetuating them on from generation to generation. I was lucky. My parents weren’t in the habit of talking to me and I was able to formulate my own understandings.

On many occasions, I’ve articulated how as a young girl the mountains, trees, clouds and other various forms of spirit and nature spoke to me. When we are new in the world, our intuitions are strong (or unjaded in that sense) and we are free interact with and grasp higher knowledge. What I learned on my own was that we are all One – we are the same – our spirits are connected. When harm another, we harm ourselves and vise versa. This life lessons instilled me the understanding that peace, acceptance and love are the keys to getting along with others and finding fulfillment in the world. So when my father tried to indoctrinate my son into his ways of being by undermining my truth with his ignorant rhetoric, I put my foot down!

I was a teen mother (duh – considering my upbringing). And when my son was just 5 years old, my father was relaying a story to him when he used the “n” word to describe someone. I can’t even begin to explain what happened – every cell in my body ignited. With my son right there, I yelled at my father, “Don’t you ever use those words around my baby again!” My dad was taken aback. I’d never actually vocalized myself to him in this way. Trying to laugh it off like it was nothing, my father attempted to make light of the situation. He obviously didn’t know me very well.

With utter disgust, I proceeded to express all the words I’d held back my entire life. Expressing the injustice, disregard and blatant lack of care my sister and I received at the hands of our parents. Seriously, we would have fared better with the wolves. Yet as took my sons hands and stormed out of his house, I knew my job wasn’t over.

In the car, I sat there with my son who was in complete dismay. He had no idea what was going on – so I filled him in, at just 5 years old. I first explained my deepest intuitive knowledge that we are all one. Then I continued with the fact that everyone has a color and that there is no one hue better than another. I also helped him understand that we have to speak out about these things or nothing changes. And so it was, I formed a new foundation for what my little family would stand for in the world… and it worked! Having raised three children, all adults now, racism and lack of care for others has been eliminated for ourselves and our generations to come.

Racism is a pandemic! However, it’s easily cured with knowledge – intuitive knowledge to be specific. Everyone is intuitive – Forbes even wrote an article stating that intuition is the highest form of intelligence and even listed it as one of the top 10 qualities of all great leaders. If we were to teach children in 1st grade the science of their core senses, racism, inequality, and hate would be irradiated! When are we going to start that revolution? 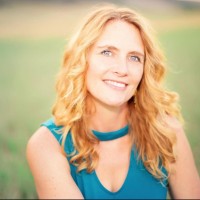